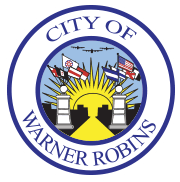 County-wide, Houston County has seen a population growth of over 40% between 2000 – 2020. Houston County is the home for more than 150,000 people, surpassing nearby Macon-Bibb County in 2019. Some of Houston County’s biggest draws are Robins Air Force Base, a strong education system and a growing business community that allows small businesses and sole proprietors to strive.

The median home cost in Warner Robins is $113,600. Home appreciation the last 10 years has been 4.7%. Warner Robins, Bonaire, Kathleen, and Centerville have been used to generate the market trend below. The homeownership rate in Warner Robins is 53.1% compared to 46.9% of the population that rents houses.47.6% of all homes in the Warner Robins area are 3Bedroom, single family homes.